As a member of Iowa Cremation, you can be assured that an Iowa Licensed Funeral Director will oversee all aspects of the cremation. 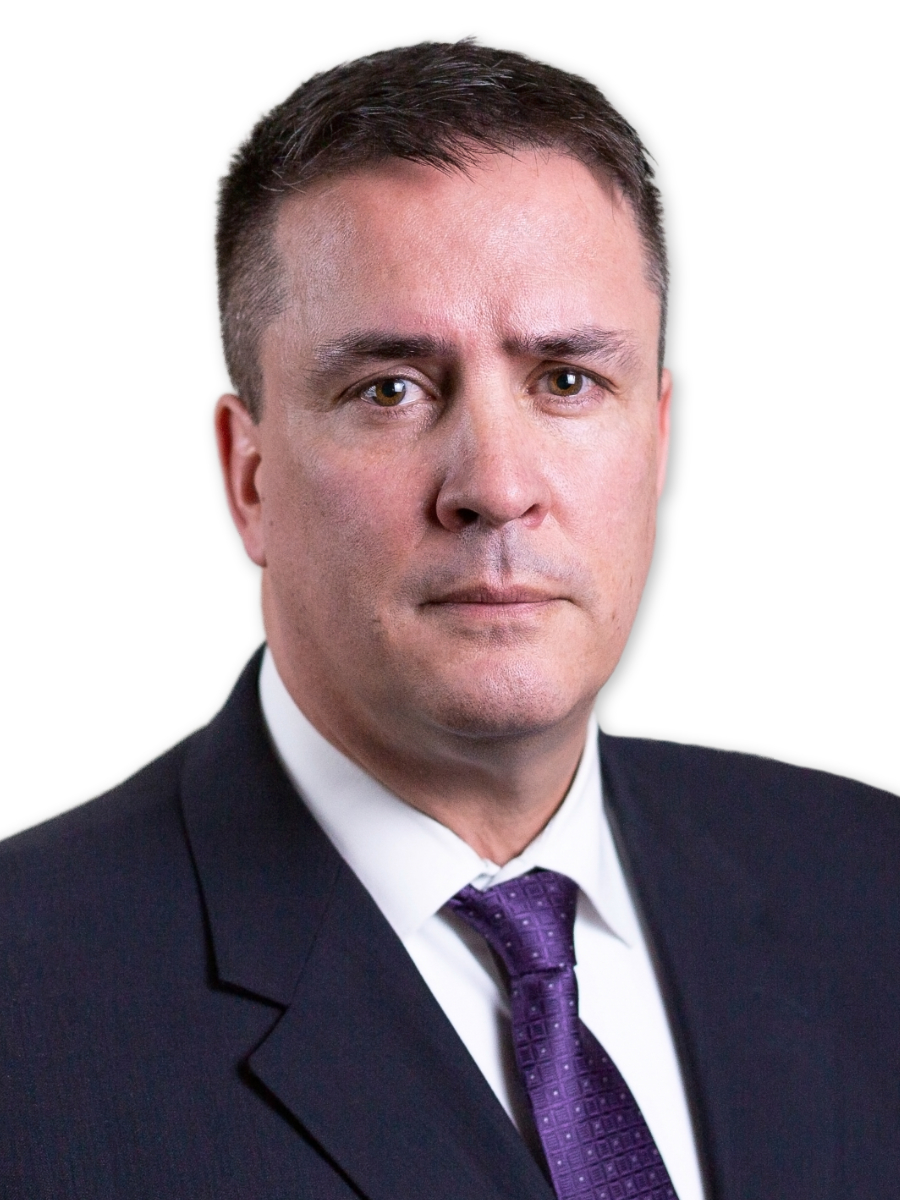 RJ is originally from Northeast Iowa and has been with the Cedar Group since 1997. He helps oversee the day-to-day funeral related functions at Iowa Cremation and Cedar Memorial. He works closely with the funeral directors, business services, cemetery staff, family service counselors, and AfterCare to ensure Iowa Cremation provides the best possible service.

He works to ensure the needs of our staff are met so their attention and care can be focused on our most important customer, you. He is a member of the Marine Corp League and enjoys fishing and scuba diving in his free time and spending time with his family. 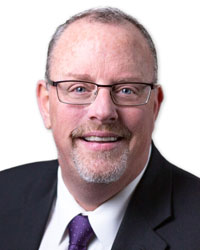 Tom graduated from Worsham College of Mortuary Science and is a licensed Funeral Director, serving families for over 25 years. His vast experience, unparalleled professionalism, and caring nature have helped countless people who have experienced a loss. Tom, originally from Independence, IA, is a member of St. John XXIII Catholic Church, Knights of Columbus Council 11942 - Fairfax/Walford, and Elks Lodge #251. Tom’s family is comprised of his wife, Angie, their two children, Mitchell and Kaitlynn, and beloved dog, Maci. In his free time, he enjoys golfing, boating, fishing, and snowmobiling. 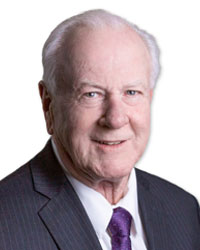 Royce brings over 35 years of experience to families throughout all of Iowa. He maintains Iowa and Minnesota Funeral Director Licenses and is a CANA Certified Crematory Operator. He is here to suit your needs in a professional and dignified manner. In his free time, Royce enjoys flying. 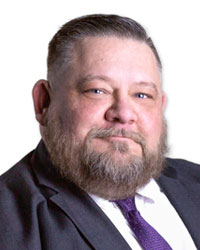 Daniel Nicolas joined Iowa Cremation in 2019 and currently serves as the Waukee Location Manager.  He is originally from Olathe, Kansas and graduated from Kansas City Kansas Community College Mortuary Arts program and was awarded an Associates in Applied Science.  A proud veteran of the United States Marine Corps, Daniel is also a Licensed Funeral Director in both Iowa and Kansas, and a CANA Certified Crematory Operator.  He views his service to Iowans as a true lifelong calling and is honored to help families navigate through one of the hardest times with compassion and patience.

Daniel enjoys being a resident of Waukee and spending time with his wife, Meggin, and children, William, Logan, and Marguerite. He also closely follows his beloved Kansas City Chiefs and Royals. 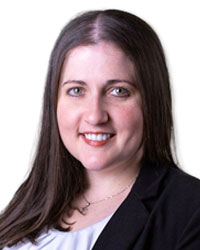 Heidi has been a Funeral Director with Iowa Cremation since 2011. She provides every family with services that reflect their loved one’s life in the most personal and memorable way possible. She graduated from Monticello High School then attended Kirkwood Community College with Associates in Applied Science and Human Services. After Kirkwood, she attended Worsham College of Mortuary Science, Chicago and graduated in 2007. Heidi is a member of the Iowa Funeral Directors Association, the National Funeral Directors Association and is also a CANA Certified Crematory Operator. 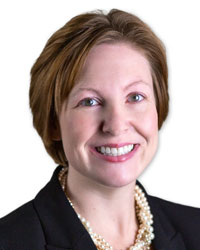 Annie began her tenure with Iowa Cremation in 2007 as an intern and later as a licensed funeral director. Annie’s comforting presence and attention to detail have brought solace to families mourning the loss of a loved one. Her ability to personally connect with these families makes her a welcome member of the funeral directors staff. Annie graduated from Central Lyon High School in Rock Rapids, Iowa. She then earned Associate of Science in Mortuary Science from Des Moines Area Community College. She is also a CANA Certified Crematory Operator. In her spare time, Annie enjoys spending time with husband Dan, and their sons, Jack and Alexander. 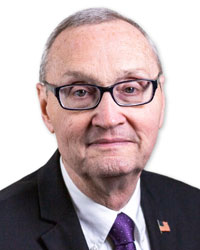 Born and raised in Coggon, Iowa, Jesse has been a Funeral Director for the Cedar Group since 1989. He received his B.A. degree from Loras College in Dubuque. After graduation, he enlisted in the army and did a tour with the infantry in Vietnam. After his discharge from the military, he graduated from the Worsham College of Mortuary Science in Chicago. In choosing funeral service as a career, Jesse has found unique opportunities to help families at a difficult time in their lives. He is a member of All Saints Catholic Church, the Knights of Columbus, both the Iowa and National Funeral Directors Association, VFW Post No. 788 and American Legion Hanford Post NO. 5. In his spare time, Jesse enjoys golf, yard work, baseball and time spent with his family and friends. 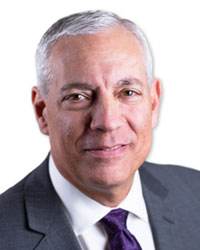 David began his career with the Cedar Group as a Funeral Directors Assistant. His involvement at every level of funeral service has given David a true appreciation for providing superior support for families. A 1991 graduate of Worsham College of Mortuary Science, David truly enjoys helping people adjust to the overwhelming emotions of grief and anticipating families' specific needs. David is a native of Cedar Rapids and enjoys spending time with his family, gardening and celebrating the holidays. 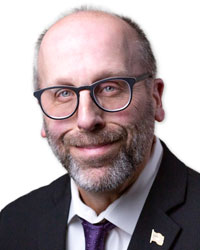 Dan joined Iowa Cremation in 2017 following a 30-year career in retail management and 9 years as a licensed funeral director. Dan’s caring and compassionate nature provides great comfort to families that have experienced a loss. Dan received a BA in Business Management from UNI and graduated from Des Moines Area Community College with a degree in Mortuary Science. Dan enjoys biking, fitness activities and spending time with his family, which includes two daughters and one son. Dan also has a great love for animals and is the pet parent of two cats and a few other small pets. 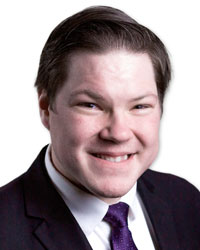 Brian Hurlbut’s kindness and warmth is appreciated by families who have experienced a death loss. Brian is so committed to excellence as a funeral director that he earned two degrees in Mortuary Science. In 2013 he was awarded a Bachelor of Science from Upper Iowa University, and a Bachelor of Science from Mid-America College of Funeral Services in 2014. He also graduated from Kirkwood Community College with an Associates of Science degree. Brian has been a licensed funeral director since 2014, and was a welcome addition to the Iowa Cremation team of caring funeral professionals in 2017.

Brian is active with youth ministry at St. Paul’s United Methodist Church, taking yearly mission trips to disaster areas, helping residents to rebuild and repair their homes. When home, Brian enjoys spending time with his Westie, Oliver, as well as biking and swimming. 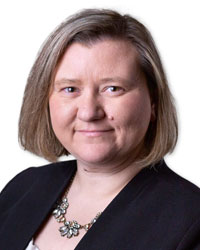 Heather is originally from Muscatine, and graduated from Muscatine High School and Muscatine Community College. She previously had a 10 year career in education before graduating from Carl Sandburg College with a degree in Mortuary Science. Heather enjoys traveling, scrapbooking, creative writing, and time spent with her family. She resides in Eastern Iowa with her son Jared. 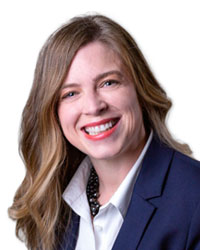 Amber joined Iowa Cremation in 2019 and is honored to serve the families that select our simple, dignified and affordable service. She began her career as a Licensed Funeral Director in 2014 and truly feels that she is living her life’s calling by bringing comfort and compassion to the families she assists.  Amber earned her Associate of Applied Science and Mortuary Science degrees from Des Moines Area Community College, and is also a Certified Crematory Operator by the International Cemetery, Cremation & Funeral Association.

Amber is a member of Hope Lutheran Church in Ankeny, Iowa Funeral Directors Association and National Funeral Directors Association.  Amber enjoys all things fitness related, including the sport of natural bodybuilding and running races with her running buddy for life, Wesley Smith.  Amber and Wesley are the proud parents of three very active children, Callie, Waverly and Teddy. 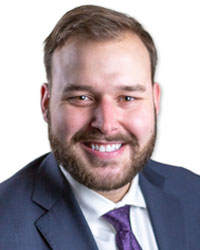 Sawyer immediately puts grieving families at ease with his kindness and empathy. He has a gift for helping families find unique ways to honor their loved one, while giving them full confidence he will see to every detail so they can grieve with minimal worry. Sawyer is one of five siblings to grow up on the Kuboushek family farm near Ridgeway, Iowa. He graduated from the Worsham College of Mortuary Science and began his career in Waterloo before joining Iowa Cremation in 2019.

Sawyer enjoys spending time with his siblings, hunting, and going snowboarding in the Rocky Mountains. 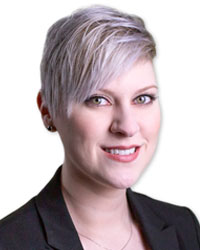 Lydia’s compassionate nature combined with her soothing presence allows families to grieve in the way that fits them best. She listens to families and helps them create a meaningful tribute to honor their deceased loved one, while carefully managing all the details. Originally from Waverly, Lydia completed her AA degree at Des Moines Area Community College and then graduated from the Worsham College of Mortuary Science.

Lydia and her husband, Jaydon, live in Cedar Rapids with their two cats, Chai and Asher. Lydia enjoys spending time with friends and family, trying new restaurants, biking and riding her motorcycle. 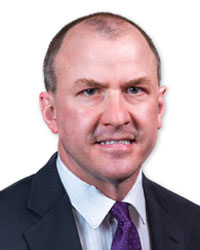 Logan Lenhart joined Iowa Cremation after working as a funeral director in the Washington, D.C. area for over 12 years. During that time, it was Logan’s greatest honor to serve our veterans who were interred or inurned at Arlington National Cemetery. Logan also appreciates the experience he earned from serving a wide variety of cultures and faiths during that time.

Logan grew up in Van Horn and graduated from Benton Community High School in 2003. He attended Indian Hills Community College before transferring to the Cincinnati College of Mortuary Science, where he earned his bachelor’s degree. Logan’s family consist of his lovely wife, April, and their twins, Brandon and Sophia. Logan enjoys spending time with his extended family and is an avid fan of Michigan Wolverines football and the Iowa Hawkeyes wrestling team.

Originally from Oelwein, Jeremy Meyer was drawn to funeral service because of his compassionate and caring nature. Jeremy graduated from the University of Northern Iowa in 2001 and then attended the Worsham College of Mortuary Science, becoming a licensed funeral director in 2002.

Jeremy joined Iowa Cremation in 2020, bringing with him a wealth of experience in assisting grieving families of all faiths and cultures. Jeremy and his wife, Kristi, are the proud parents of two children, Jonathan and Jenna. They also have two dogs, Daisy and Bailey. When not assisting families, there’s nothing Jeremy enjoys more than attending his children’s activities and spending time camping with his family. 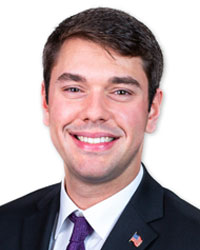 Andrew Haring, Funeral Director Intern, has been a member of the Cedar Memorial family since high school; he started as a seasonal cemetery worker while in high school and then progressed to the role of funeral assistant, who even served our veterans by playing Taps during interments.

Andrew graduated from the University of Northern Iowa with a teaching degree and then completed the Mortuary Science program through DMACC. Andrew’s natural kindness and compassion, along with his skill for educating, help him to serve grieving families with the utmost care and professionalism. A Cedar Rapids native, Andrew enjoys spending his free time fishing, visiting with family and friends, and cheering on the UNI Panthers. He is also a member of Lovely Lane United Methodist Church. 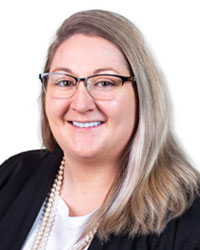 Haley Frederick is originally from Ottumwa and joined Iowa Cremation as a Funeral Director Intern after completing her Mortuary Science degree through DMACC. Haley’s passion for serving grieving families, willingness to learn, and sunny disposition make her a welcome addition to the Iowa Cremation family.

In her free time, Haley’s interests revolve around sports. She enjoys attending Hawkeye football games, watching Michigan basketball, and is always ready to cheer on the Kansas City Chiefs and Royals.