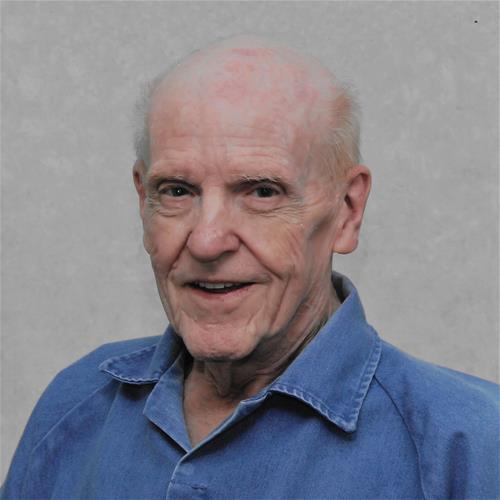 Dickie Richard “Pete” Dicks, 88, formerly of Moravia, Iowa, passed away January 20, 2020 at the Pella Comfort House in Pella, Iowa.  Pete was born on the family farm near Iconium, Iowa on January 7, 1932 to Samuel Truxton and Glennie Nadine (Scott) Dicks. Pete attended grade school in Iconium’s one room school house, graduating from Moravia High School in 1950.  Immediately after receiving his diploma, he left for Electronics Technician School at the US Naval School on Treasure Island in San Francisco, California, graduating from there in 1951. He served as a 3rd Class Electronics Mate on a minesweeper based out of Corpus Christi, Texas, traveling to ports all over the world, including the Galapagos Islands and Europe. After being honorably discharged in April 1954, Pete was hired by Royal Typewriter in Des Moines and eventually transferred to Houston, Texas.  In 1958, he joined his brother Donald working at the Oakland, California branch of Burroughs, Inc.  There, Pete worked at the forefront of the computer industry in the area that later became known as Silicon Valley. He had a successful 30-year career in technology, working first with adding machines then massive room-size computers and eventually personal computers. Upon retiring, Pete moved back to Moravia to be near his family. His interest in learning about, and using, the newest technology was one he held throughout his life; sending emails out on his new iPad even while in Hospice. He loved to listen to his favorite music on his iPod while reading his large library of books on his Kindle.  Pete had an inquisitive mind and kept current on events and technology trends via newspapers and periodicals.  His polite manner, kind nature and genuine interest in others endeared him greatly to his family and friends. Pete never complained and was a true gentleman whose gracious heart and memory will continue to inspire those who had the good fortune to spend time with him. He was preceded in death by his parents Truxton and Glennie and brother Paul. He is survived by his brother Donald and nieces Stephanie (Dicks) Hall of Newark California and Dawn Michelle (Dicks) Moore of Eddyville, Iowa, and several great nieces and nephews.  As he directed, Pete’s remains will be cremated and inurned at a later date at Hillcrest Cemetery in Moravia. The family extends their heartfelt gratitude toward the many caregivers (at Oakwood Specialty Care, Homestead Assisted Living, and Monroe County Hospital, all in Albia and Every Step Hospice in Knoxville and Pella Comfort House), who took such great care of  Pete.   Memorials can be made to Every Step Hospice at either www.everystep.org/donate or via mail to Every Step at 213 East Main St, Suite 103, Knoxville, IA 50138-2526.
<< Back to listing
Share this page:
Share This