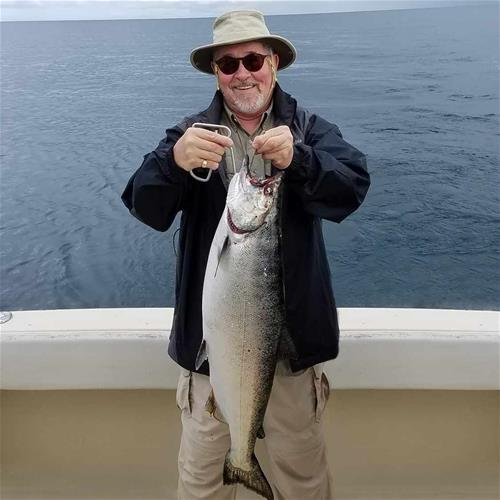 Richard “Doc” Alan Jones, 75, passed away on June 11, 2022, at home surrounded by his loving family. A celebration of life open house will take place at a later date.

He was preceded in death by his parents and 2 brothers.

Richard was born June 21, 1946, in Frederick, Maryland. He graduated from Frederick High School, and he received a Bachelor of Arts degree in Biology from Hood College. He earned a Certificate in Cardio-Pulmonary Technology from North Hennepin Community College and worked as a Perfusionist the majority of his 33-year career at Allen Memorial Hospital before retiring in 2013. Richard married Mary on July 7, 1973, in Frederick, Maryland. Richard enjoyed many hobbies during his life ranging from breeding and raising Dalmatians, playing golf, Civil War re-enactment, collecting wine and scotch, leather working, camping, cooking, playing with his grandkids and neighborhood kids, playing the mandolin and banjo, and fishing. He was truly a Jack of all trades and went “all in” for each hobby. His family will remember him most for his creative antics, mischief, jokes, and sarcasm.

In lieu of flowers, donations can be made in Richard’s memory to the Allen Memorial Heart Foundation and Allen Hospice.