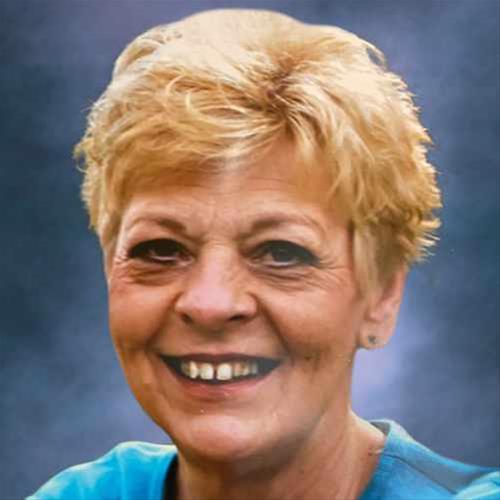 Linda Dianne Hughes, 73, passed away unexpectedly in her home on January 1, 2022.

Linda was born on June 28, 1948, to Paul and Margaret Block.  She graduated from Tripoli Community Schools in 1966. She was joined in marriage to Darol Stahlhut in 1967. They were blessed with 2 daughters, Christina Lynn and Tracie Jean. They later divorced.

She married Dwight Hughes in 1976.  Together they owned and operated County Supply Company in Tripoli.

Linda later was employed by Bremwood in Waverly, followed by Adults Incorporated in Waterloo.  She retired from the Larrabee Vocational Center and Trinkets & Togs after 20 years as Vocational Program Director.  She received the Legacy Award from the Non-Profit Leadership Alliance for her dedication.

Linda loved her dogs and loved to laugh, particularly while re-writing song lyrics and working out the choreography for the Silhouette performances. She enjoyed traveling; and trips with her sisters were especially loved.

She was proceeded in death by her parents, Paul and Margaret Block, her brothers, Leonard and Roger Block, her grandson, Joshua Jurgensen, her brothers-in-law, William Smith and Gerald Pitz, a niece, Bonnie Lopez, a nephew, David Block, and a niece’s husband, Eric Ballard.

A Celebration of Life will follow at a later date. Memorials may be made to the family for later designation.
<< Back to listing
Share this page:
Share This