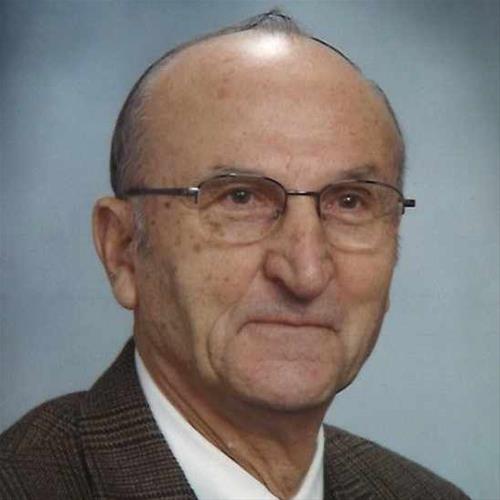 Dean Henry Weih passed away January 6th, 2022, at his home in LeClaire, Iowa situated on the Mississippi River, which he loved to look out at. There will be no public services or visitation. There will be a private family service with interment in the Durant Cemetery at a later date.

Dean was born January 9, 1933, in Bennett, Iowa to Paul and Nola (Schnede) Weih. Dean attended school in Bennett until the school fire in 1943, and then attended High School in Tipton, graduating from Bennett in 1950. He attended Iowa State College and graduated in December 1954 with a degree in Farm Operation. While attending Iowa State College, Dean was active in the ROTC program. Dean married Mary L. Petersen in June 1954 in Davenport, they divorced in 1983.

Dean began farming with his father south of Bennett in 1954. He later purchased a farm south of Tipton in 1965, where he and Mary raised their three children. Dean enjoyed feeding cattle and raising hogs. He was a strong supporter of Iowa 4-H. Dean and family also hosted 10 International Farm Trainees. After farming, Dean became a Realtor, and was a member of the Quad-Cities Realtor Association until 2004, receiving a special services award and serving as a member of the Student Home Builders Committee. Dean’s favorite pastime was listening to Big Band music and ballroom dancing.

Dean is survived by his children, Kirk (Ann) Weih of Mount Vernon, Iowa, Krista Weih (Kevin Quirk) of Charlottesville, Virginia, and Karis (Mark) Faust of Oakton, Virginia, three grandchildren, four great grandchildren, his sister Dianne (Dwaine) Sievers, his nieces and nephews, and special friend Jean Waline. He was preceded in death by his parents, his wife Mary, and their infant son, Craig.

The family suggests that memorial contributions may be sent to the Iowa 4-H Foundation, Extension 4-H Youth Building, Iowa State University, 1259 Stange Road, Ames, IA 50011-1002.
<< Back to listing
Share this page:
Share This