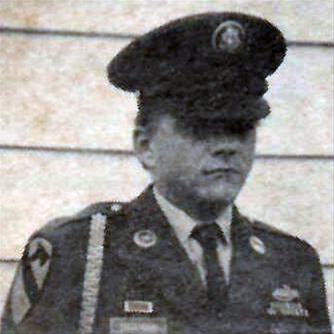 Jack is survived by his wife of 53 years, Alinda (Passmore), his sons John H. of Tripoli, Patrick (Melissa) of Readlyn, Leo at home, his daughter Amanda (Matt) Bordeaux of Tripoli, his grandson Jack of Readlyn, granddaughters Shealee of Readlyn; Alexandria of Daytona Beach, Florida, and Kole of Sumner; his great-grandsons Zander of Frederika and Oliver of Sumner; his brother Howard (Shirley) of Dysart, Mary Ann (Kevin) Pratt of New Hampton.

Jack was preceded in death by his parents, a brother Kook, and his sister Geraldine (Earl) Gardner.

Jack was born to John and Cecelia (Phelps) on November 5, 1946 in Brandon, Iowa.  He graduated from East High School in 1966 and was drafted into the U.S. Army. He completed basic training at Ft. Hood, Texas and left for Viet Nam in September 1967.  On December 10, 1967 Jack was seriously wounded.  He convalesced at Fitzsimons Army Hospital in Aurora, Colorado where he met and married Alinda (Passmore) on August 20, 1968. Upon Jack’s medical retirement he returned to Iowa.  He was an avid hunter, trapper, and fisherman.

Jack’s sense of humor and outlook on life was priceless.