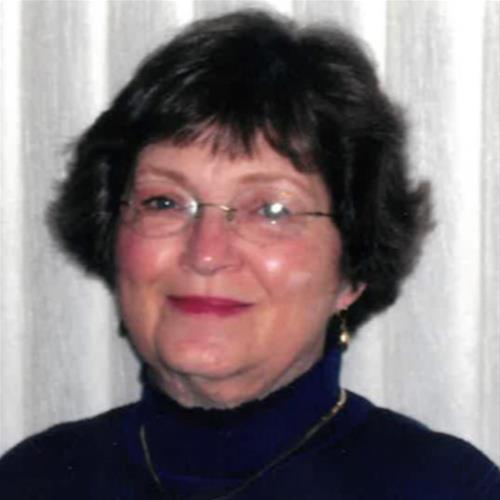 Linda Lou Hoblit passed away peacefully on September 8, 2021 at Copper Creek Assisted Living in West Union, Iowa.  There will be a private family graveside service in Rock Falls, Iowa.

Linda grew up in Mason City and graduated from Mason City High School in 1964.  She was united in marriage to John Hoblit on November 7, 1965.  He preceded her in death on January 1, 2021.

Linda worked at various jobs in her career.  She worked at the Charles MacNider Art Museum in Mason City, the University of Iowa Hospitals in Iowa City and as administrative assistant at KOEL radio in Oelwein.

In her spare time, Linda enjoyed painting pictures, crafts, as well as golfing and fishing with John.  Linda will always be remembered as a kind, giving, loving and compassionate person.  Her spirit lives forever in our hearts.

Left to cherish her memory are her sister-in-law, Audrey Johnson, of Clarksville Tennessee, as well as nieces, nephews, cousins and great nieces and nephews.

Besides her husband, John, she was also preceded in death by her son, Christopher Jon, her parents, her sister, Marlene, brother-in-law, Robert Freeden, and nephew, Michael Freeden.

Iowa Cremation of Cedar Rapids is in charge of arrangements