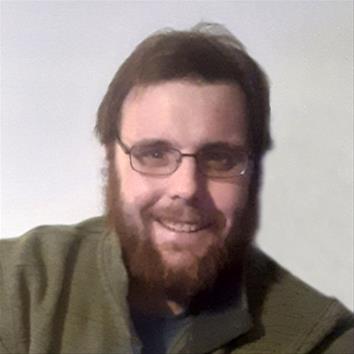 Kolby R. Martin, age 31, of Waukon died Tuesday, November 16, 2021, at Veterans Memorial Hospital in Waukon. Visitation will be held Monday, November 29 from 4-8 p.m. with a prayer service at 5 p.m. at Freedom Bank in Waukon.

Kolby was born August 15, 1990, the son of Brian and Teresa (Pratt) Martin. He was baptized and confirmed at Zion United Church of Christ and graduated from Waukon High School in 2008. You could always hear Kolby coming down the street in his truck! He loved kids and they would flock over to his house just to hang out with him after school and eat freeze pops. He enjoyed spending time outdoors hunting, fishing, riding his dirt bike, snowmobiling, and cutting wood for his friends at the campground.

Kolby’s heart may not have been as strong as he wanted, but he had the biggest heart anyone could ask for, always helping those in need. He would do just about anything for anyone, even when he himself wasn’t feeling well. He stood strong in his beliefs and looked for the best in everyone. He loved to make people laugh and always put a smile on the faces around him.

Kolby is survived by his parents; the love of his life, Shiloh Green; Shiloh’s children, Gabby and Thad; his brothers, Nathan Martin and Austin (Michelle Stevens) Martin; his beloved nephew, Conner, and Michelle’s children, Michael and Maddyson; his grandmothers, Sharon Pratt and Carol Martin; his aunts, Ellen (Gary) Brown of Waukon and Jennifer (Adam) Kelley of Gainesville, GA; his uncle, Duane (Robin) Martin of Cambridge, WI; and many cousins and extended family members.

He was preceded in death by his grandfathers, Ray Pratt and Lloyd Martin; his uncle, Mike Pratt; and all the previous AA members he will be joining for the big meeting in the sky.