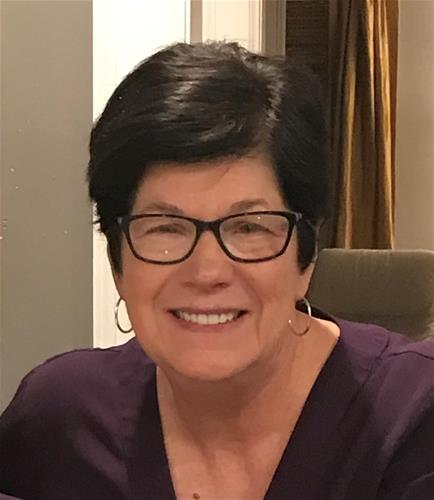 Georgia G. Robertson, 67, of Des Moines, formerly of Boone, passed away peacefully at her home on Monday, November 22, 2021, after a two-year battle with ALS. She was a beloved wife, mother, stepmother, sister, friend, colleague, and activist.

Georgia was born November 2, 1954, in Boone, Iowa, to Richard and Gretchen (Miller) Hubby. She married Rick Robertson on January 29, 1994, in Las Vegas, Nevada.

Georgia was a dedicated volunteer to her community. She served on the committee for the Boone County Freedom Flight and acted as chair in 2015. She also served on the board of the Foster Grandparents program. Georgia was a member of the Augustana Lutheran Church and served as superintendent of the Sunday School program for several years. Georgia also volunteered as a Girl Scout Troop Leader.

A celebration of life service will be held at a later date when all family and friends can be together and honor a life well lived. In lieu of flowers, contributions may be made in Georgia’s name to the ALS Association or the Boone County Democratic Party.

Online Condolences may be left at www.IowaCremation.com under obituaries.