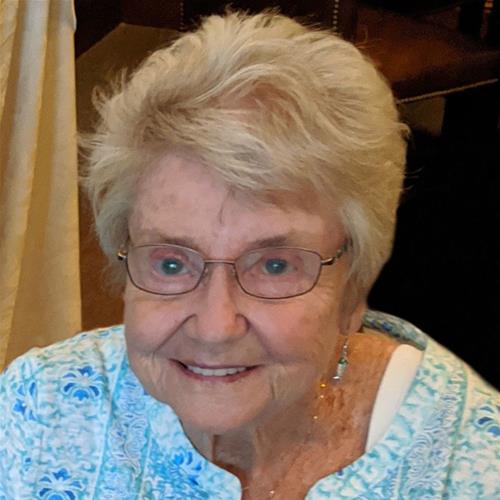 She was preceded in death by her parents, Minnie and Joe Sebol of Swisher.

The family requests that memorials be directed to the Cedar Valley Humane Society.

Barb was born to Minnie and Joe Sebol on July 31, 1942, in Brookfield, Mo. She married Danny Blair on June 25, 1960, at the Little Brown Church in Nashua, Iowa. They were married for over 61 years and were able to celebrate their 60th wedding anniversary with family at the Little Brown Church. In addition to raising two boys, Barb worked full-time at a credit bureau and then many years at the Grant Wood Area Education Agency, where she made many dear friends. She dearly enjoyed time spent with family. She loved dogs and had a new miniature schnauzer, Cy, at her side. She also loved spending winters in Florida with her many friends around Melbourne. She will be missed by many.

A special thank you to her neighbors and friends on Tamara Drive in Cedar Rapids who helped her and Dan for so many years! Also, her friends and staff at Keystone who welcomed her and treated her and Dan like family.