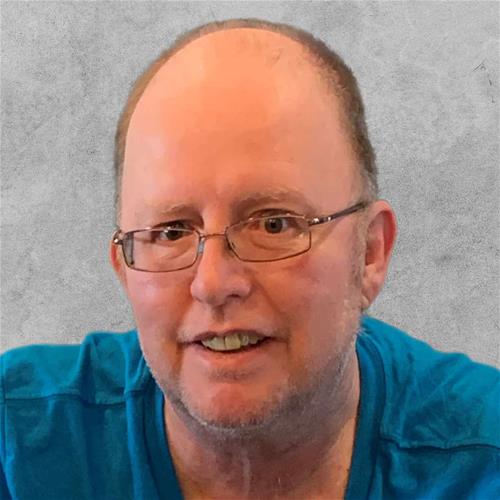 Robert E. Wigner, 60, of Cedar Rapids, Iowa passed away on Friday, May 14, 2021 at Meadowview Memory Care Village in Cedar Rapids, Iowa.  Private memorial services will be held at a later date.  In lieu of flowers, the family request that memorials be made to Last Hope Animal Rescue.

Robert was born on December 24, 1960 in Marion, Indiana the son of Robert and Eliza (Tilson) Wigner.  He was employed at HJ Heinz for 37 years.  Robert married Julie Ziegenhorn on November 10, 1997.  He enjoyed playing in his band, his fur babies, and spending time with family and friends.

He is survived by his wife, Julie Ziegenhorn-Wigner; a son, Shane Cox both of Cedar Rapids, Iowa; a brother, Roger, and wife Delinda of Minnesota; a sister, Jean O’Malley (Michael) of Florida; and extended loving family members.

Robert was preceded in death by his parents, Robert Wigner and Eliza Tilson-Wigner, sister, Cheryl Dollar and a brother, Paul Wigner.
<< Back to listing
Share this page:
Share This