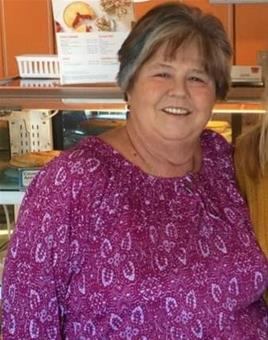 Evelyn Ann Rogers, 70, of Denver, Iowa passed away May 28th, 2021, from injuries sustained in an automobile accident. Evelyn was born on October 24th, 1949, in Wichita Falls, Texas to John and Bernice (Pounds) Bass and later the family moved to Charles City, Iowa where she attended school.  She married James Rogers October 31st, 1964. Evelyn worked for Standard Battery most of her adult life, later going on to create stain glass items. She also enjoyed bartending. After Jim retired, they enjoyed traveling all over the U.S. on their motorcycle. She lived in rural Denver in their dream home that they built with the help of their two sons and close friends. She really enjoyed family time with grandchildren and great grandchildren.

A celebration of life will be announced later, and any memorials should be directed to the family.