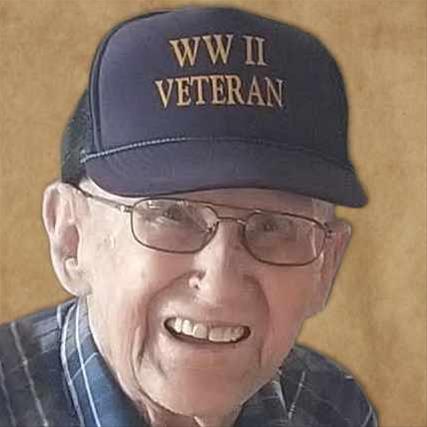 William G. (Bill) Bohlen, 92, of Allison, Iowa, passed away Saturday, March 6, 2021 at the Rehabilitation Center of Allison while under hospice care. A family graveside service will be held at a later date with inurnment at Vilmar Cemetery, rural Greene.

William George Bohlen was born on March 21, 1928 on a farm south of Charles City, IA, the son of August and Treana (Bengen) Bohlen. He attended school in Bristow, IA. He was baptized and confirmed at Dumont Reformed Church. He enlisted in the US Navy serving on Johnston Island in the South Pacific and Ford Island in the middle of Pearl Harbor. He married Darlene Salge on May 2, 1954 at St. John’s Lutheran Church – Vilmar. He was employed at Butler County Road Dept. for 7 years, then the State DOT for 33 years, retiring in 1990. After retiring, he enjoyed spending winters in Harlingen and Zapata, TX with his wife and spending time with his family and friends and tinkering in his garages. He was a member of St. James Lutheran Church in Allison, the Allison Amvets #48, and the Allison Drill Team.

He was preceded in death by his parents; wife, Darlene on January 18, 2019; four brothers, Harland, Gordon, August Jr., and Clarence; and three sisters, Loretta Viet, Elsie Werkman, and an infant sister.