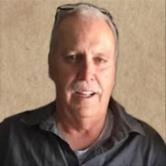 Paul was born on March 8, 1952 in Iowa City, Iowa, the son of Louis Henry and Madeline (Koppis) Jamieson.  Following high school, he served his country in the U.S. Army.  Paul was united in marriage to Luanus Greenwood on March 16, 1974 in Monticello.  He worked for LL Pelling and greatly enjoyed his work along with the people he met along the way.  He also loved his Quarter Horses and mowing his lawn.

Preceding him in death were his parents Louis and Madeline Jamieson, daughter Jennifer Jamieson, and brother Ralph Jamieson.

In keeping with Paul’s wishes, public services will not be held.  Iowa Cremation is assisting the family.