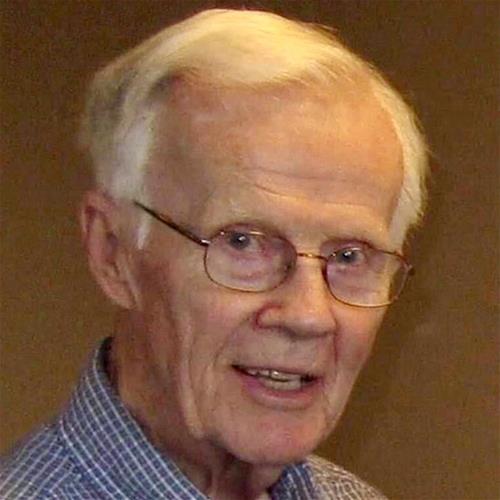 Edwin William Allison, our husband, father, grandfather, great-grandfather – a man of strong faith and supporter of his church, family and friends - died on March 9, 2021, in Rock Island, Illinois. He was 91 years old.

Bill was born September 14, 1929 in Waukesha, Wisconsin to Edward and Estelle Allison. He was married to Jeanette Twitty in 1949. They had four children: Vickie L. (Ward) Leek of Ames, Rosanna L. (Kerry) Thompson of Canton, Georgia, Daniel W. (Tina) Allison of Cedar Rapids, and Susan G. Allison-Hiebert of Geneseo, Illinois. In 1983, Bill married J. Arlene Shipton. He is survived by his wife, Arlene, his four children, his stepdaughter, Jan S. (Craig) Windmiller of Bettendorf, 13 grandchildren and 9 great-grandchildren. Bill and Arlene resided in Davenport, Iowa at Jersey Ridge Place. We must mention the kindness and care Bill received from Arlene, Jan, Craig, their children, and the Jersey Ridge staff over many years.

Bill was preceded in death by his parents, his brothers Les and James, and sisters Evalyn, Dorothy and Jeanne.

Bill graduated from West High School in Waterloo, Iowa in 1947, obtaining a scholarship to the University of Nebraska in their Midshipman Program. In 1949 he transferred to Iowa State Teachers College, Cedar Falls where he graduated with majors in Math and Science. Bill’s work ethic and discipline as a college student was acknowledged graduating with the honorary title of Cum Laude. He taught two years at the Washington, Iowa high school. He then moved his family to Cedar Rapids where he was employed by Collins Radio in 1953 as a System Analyst, retiring in 1990 after 37 years. As an employee of Collins Radio, Bill was a dedicated employee, friend and mentor to many. He was proud to have worked on the Apollo Moon mission project as Collins was contracted to provide all communications between the astronauts and the Houston Command Center.

While a resident of Cedar Rapids, Bill was deeply involved in Lovely Lane United Methodist Church. Beyond being a dedicated congregant and supporter of the church, he worked on the church’s Building Committee and served as Treasurer for many years. There was simply no task too large or small that he wouldn’t dedicate his time and energy to. He and Arlene were actively involved and committed to their church home until they transferred their membership to Asbury United Methodist Church in Bettendorf upon their relocation.

Our father was very dedicated to his family, his church and to his workplace. He attended countless school and sports activities, and family events. He was very proud of all the various accomplishments of his family. He ended every phone call to us with “I love you”. He stressed while striving for greater achievement, appreciate what you have, remember the less fortunate and enjoy the journey.