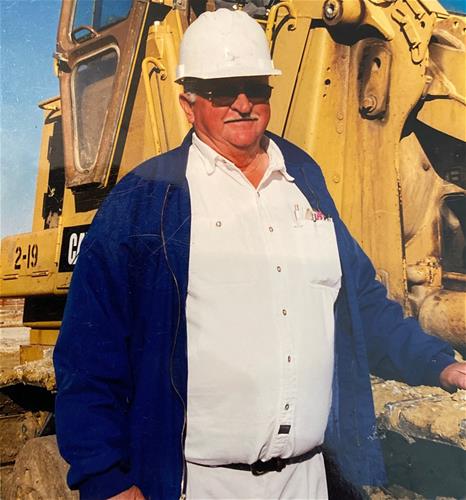 Benjamin Walter Grundmeier, Jr. went home to be with the Lord on July 2, 2021 in the Iowa Veterans Home in Marshalltown, Iowa after a five year battle with dementia.

Ben was born on January 12, 1933 in Northfield, Minnesota to Benjamin Sr. and Alma (Hilson) Grundmeier. Ben's family eventually relocated to Logan, Iowa where Ben attended and graduated from Logan High School in 1951.

Ben entered into the United States Army right after high school and served during the Korean War as a graphic designer. Ben was honorably discharged after four years of active duty.  Ben immediately took a position with the Iowa Corps of Engineers after his military service.  Ben then worked for various general contractors building many highways in both Iowa and Missouri, the most notable being the Avenue of the Saints. Ben retired from Dave Schmidt Construction of Cedar Rapids, Iowa.

Ben enjoyed fishing, drawing, painting and was an avid woodworker.  Friends and family have many fond memories of Ben, including his sense of humor and his competitiveness while playing card games including pitch and cribbage.  Ben loved the outdoors, time with family and friends and his dog Jake.  Ben will be dearly missed.