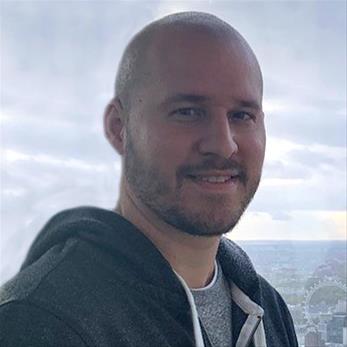 Justin Michael Valdez (31), passed away on January 31st, 2021 in the presences of his loving family.  He was a graduate of DeKalb High School, class of 2008, and received his BS from Western Illinois University in 2013. He was pursuing his lifelong dream of becoming a physician, attending the Carver College of Medicine at the University of Iowa.

Justin was born in Lake Forest, IL, resided at Naval Air Station Barber’s Point in Hawaii and Naval Air Station on Whidbey Island, WA. In his early childhood he moved to the Malta/DeKalb Illinois area while in grade school.

Justin was devoted to his wife, family and friends. He was a strong, independent person who craved nothing more than to experience the world around him. Constantly seeking to satisfy his need for knowledge, Justin enjoyed his studies greatly and worked hard every step of the way. His laugh and smile were contagious, being he had a unique sense of humor that kept everyone cheerful and entertained. Not only that, but Justin was blessed with an exuberant amount of compassion. More worried about others than himself. He was a wonderful man who touched our lives with a love that will last an eternity.

A Celebration of Life ceremony will be held at a later date and the information will be posted on the Justin and Mallory Strong Facebook page.

Plant a tree, bulbs, or flowers if you wish to honor Justin.
<< Back to listing
Share this page:
Share This