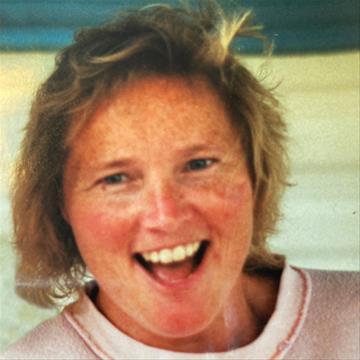 Diane Evaline Arp (Sturtz), shared her love for life with family and friends until her passing January 6, 2021 at the Dennis and Donna Oldorf Hospice House.

Diane was born July 13th, 1958, the fifth child and only girl to James and Helen (Kern) Sturtz.  She is survived by her companion and special friend Mark Larson, her four brothers, William and Fancha  (Verastegui) Sturtz; Robert and Jane (Turbes) Sturtz; DeWayne Sturtz and Dean and Kristie (Holtzinger) Sturtz; and 10 nieces and nephews and 10 grand nieces and nephews.

Diane was previously married to Richard Poole. Later, after their divorce she married Gary Arp who preceded her in death in June of 2012.   She was also preceded in death by her parents, James Basset Sturtz and Helene Florence (Kern) Sturtz; both her grandparents on both sides of the family; Clyde and Evaline Sturtz; Robert and Martha Kern.

She was a 1976 graduate of Kennedy High School and received her AA Degree from Kirkwood Community College in 1978.  Diane worked for the State of Iowa, starting at the Iowa Liquor Department, moving to Wapsipinicon Park and eventually becoming a full crew member of the IDOT headquartered at the Bowing street offices.  Diane was a woman working in a man’s world and doing it as well as any man!  While she never thought of herself as a trailblazer or special; she was always someone that wanted to do her best.  She was respected by her peers at the IDOT and she loved what she did and the people she worked with.

Diane was a fun-loving person; her laugh was infectious and genuine.  She enjoyed NASCAR, playing cards, camping, the outdoors but mostly just hanging out with her friends.  She was loved by her friends and family and will be missed any time they get together.

A Celebration of Life will be held at a later date.