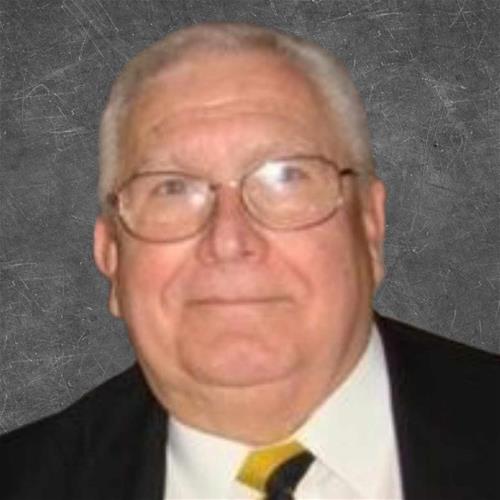 David “Coach Ray” A. Ray, 81, of Tripoli, passed away on Wednesday, January 27, 2021 at Allen Hospital in Waterloo.  A memorial service will be held on June 11, 2021 at the Tripoli High School Gymnasium.  Further information to be released closer to that time.

David was born on July 17, 1939 to Rubert and Luella (Wittenberg) Ray in Waterloo, Iowa.  He graduated from West High School in 1957.  Dave obtained his Bachelor’s Degree from Iowa State Teachers College and joined the Tripoli School District in 1965.  While attending college, he was a pitcher for the baseball team.

He worked as the physical education and health teacher for the Tripoli School District for many, many years.  He took great pride and joy in coaching, mentoring, and interacting with students and faculty over the years.  He led the Boys’ Basketball Team to state numerous times and entered the Hall of Fame for 543 wins.  He retired from Tripoli High School in 1998.

In 2014, the Coach David Ray Scholarship Endowment was created “to pay forward the qualities of a teacher and coach that his students, players, community, and competitors revered.”  Every year in June a golf tournament is held in Coach Ray’s honor at Maple Hills Country Club in Tripoli; where the proceeds are put into the endowment.

He was united in marriage to Gloria Brooks on October 16, 1960 in Waterloo.  Dave and Gloria enjoyed traveling to numerous places together.

Memorial donations may be directed to his daughter, Melissa Warner, PO Box 103, Tripoli, Iowa 50676 or may be made online to the David Ray Scholarship Endowment at www.dbqfoundation.org/coachray
8.5.7
<< Back to listing
Share this page:
Share This