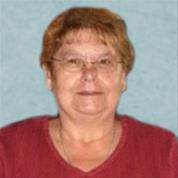 Joyce Marie Darrah-Kirouac, age 75, of Evansdale, IA passed away at the Unity Point Hospital in Waterloo, IA surrounded by her loving family.

Joyce was born on March 2nd, 1945 in Salt Lake City, UT. The daughter of the late Harold and Lucille (Meints) Goldsmith. She was preceded in death by a great granddaughter and a stepson Mark Kirouac.

Before her retirement, Joyce had worked at the Waterloo School System as a Teacher's Associate for many years and was employed by the Waterloo Walmart.

Joyce was an active member of the Waterloo 7th Day Adventist church.

Joyce was a wonderful and beautiful woman who will not only be missed by her family but with everyone she came in contact with.

Memorial contributions may be made in her name to the 7th Day Adventist Church.
<< Back to listing
Share this page:
Share This