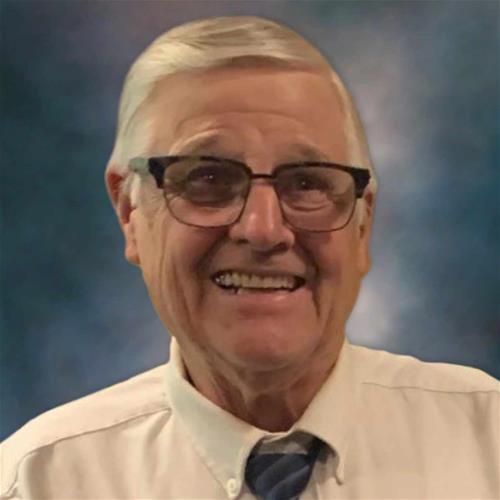 Gaylord Fred Converse was born on July 13, 1946, at Waterloo, IA.  He died at the age of 75 on December 25, 2021.  He was the son of Nelson Forrest and Juliette Rose (Heisler) Converse.   He was baptized at the Frederika Methodist Church.

He and his family moved several times in his youth as they rented farms in Iowa and his father’s birthplace in Illinois.  When Gaylord was in fifth grade, the family purchased their family farm in rural Sumner.  Gaylord was confirmed at the Sumner Methodist Church and graduated from Sumner High School in 1965.  He was co-captain of his football team and received all-conference honors.  He sang in the All State Chorus and was also chosen as the national soloist at the National FFA Convention in Kansas City.

Following graduation, Gaylord attended Greer Tech in Chicago.  After completing his technical training, Gaylord returned to the family farm and was hired at John Deere in Waterloo in January, 1967, where he was employed for 52 years, retiring in 2019.  Gaylord served in the U.S. Air Force from May, 1967, to September, 1968, when he was honorably discharged to return to his family farm because of a family emergency.  Gaylord continued to farm his entire life.

Gaylord married Vicky Jean Burrow on July 8, 1972, at the Frederika United Methodist Church; and the couple purchased their farm near Frederika in 1973, where they raised crops and livestock.

Gaylord was active in the Frederika and Sumner United Methodist Churches, taught Sunday School for several years, was a member of the Board of Trustees, Finance, and Staff Parish teams, and the United Methodist Men, where he served as president for a number of years.  He was a long-time member of the church choir and also sang for weddings and funerals through the years, loved singing with his family members, and participating in the West Union Community Choir, performing “Handel’s Messiah” during the Christmas season.  He was so proud to be able to sing with his grandson Lane this year on December 12 and is now singing with the angels.

In his earlier years Gaylord was active in the Frederika Jaycees and played slow pitch softball.  Gaylord and Vicky were honored to receive the God and Service Award for their work with youth in their church and the Bremer County 4-H in 2019.

He was preceded in death by his parents Nelson and Juliette Converse, his parents-in-law Bill and Hazel Burrow, his daughter Kalyn in 2003, and his brother and sister-in-law, Forrest and Sharon Converse.

A celebration of life service will be held at the United Methodist Church of Sumner on January 8, 2022, at 10:30 a.m.  Memorial gifts may be designated to the Sumner or Frederika United Methodist Churches, Cedar Valley Hospice, or the Fayette County Agricultural Society.
<< Back to listing
Share this page:
Share This