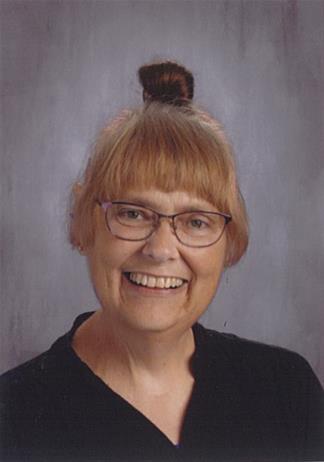 Linda Lou (Guisinger) Sudbrock was born January 26, 1963 in Greenfield, Iowa to Ross and Gladys (McClure) Guisinger. She passed from this life in the early morning hours on April 14, 2021, at Unity Point – Iowa Methodist Hospital in Des Moines, Iowa.

Linda married Leonard “Bud” Sudbrock on February 13, 1982. They had two sons, William (Bill) Sudbrock and Robert (Bob) Sudbrock. They lived most of their married life in Menlo, Iowa.

Linda spent the past 20 years working full time for West Central Valley School district and some summers at day care and/ or managing the local pool.

She was a devoted daughter, wife, sister, mother, aunt, and nana.

She was preceded in death by her father, Ross; two brothers, Larry, and Dan; and a nephew, Jason.

She is survived by her husband, Bud; her son, Bill, and his wife Briana; her son, Bob, and his fiancé, April; her mother, Gladys; her grandchildren (whom she ADORED) Sophia, Talon, Waylon, and Aubrey; brothers, Gary, Rick, and Dave; a sister, Kim (Christensen); sisters-in-law, Shirley, Donette, Rita, Sally and Mary Ann; brother-in-law, Marvin; a few aunt and uncles, and many cousins, nieces, and nephews.

Linda put her “all” into everything she did. She would help all who were in need and we are not sure how she fit a heart as big as the one she had into her body! She gave her family 100% and will be greatly missed by all who knew her.

A Celebration of Life will be held at 12 noon on Saturday, April 24th at the Menlo Community Building.
<< Back to listing
Share this page:
Share This