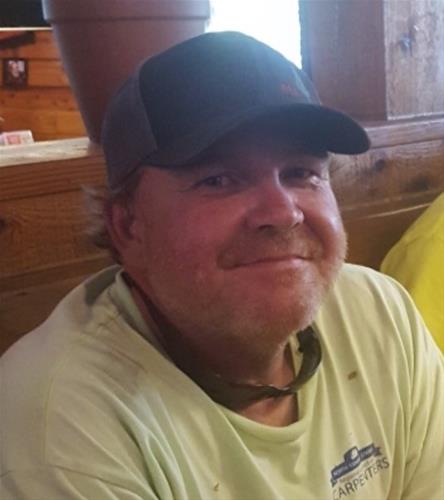 Jeffrey Allen Caltrider 52 of Stuart passed away at his home April 7, 2021.

A mass will be held at All Saints Catholic Church in Stuart, Iowa at 10:00 a.m. on Saturday April 17, 2021. A luncheon will be provided following services.

Jeff lived all his life in Stuart, Iowa. Jacob was his pride and joy, he lived for his son. His other loves included his dog Bo, his restored 1970 Chevy Chevelle, his career and being with family. He was the master griller, enjoyed having BBQ’s and playing Volleyball and Kickball. He was the master of sound effects…Boom Chock Alocka.

Jeff worked for 26 years for the Carpenters 106 local union.  Jeff took great pride in his work and was currently employed by 1st Interiors, his second family.  Jeff was dedicated and never missed a day in all those years.

In lieu of flowers donations can be made to Jacob Caltrider.
<< Back to listing
Share this page:
Share This