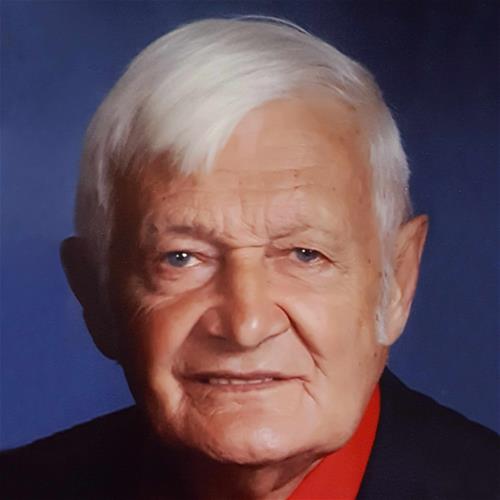 Cletus Martin Bouska, of Waucoma, passed away on Wednesday, April 14, 2021, on the family farm surrounded by his loving family. A visitation will be on April 25th from 2-6 pm at the Waucoma Event Center in Waucoma, Iowa. The funeral service will be held on Monday, April 26, 2021, at 10:30 am at Our Lady of Mount Carmel in Lawler, Iowa.

One in a million, God-fearing, fun-loving Cletus Martin Bouska was born on March 23, 1940, on the same family farm where he passed. He was the eleventh and youngest child of Julius “Mike” Bouska and Mayme (Schlichte) Bouska. Loved and cherished from the moment of his birth, Cletus’s quick wit and love for a good prank endeared him to all he met. He received his education at Alpha School, graduating in 1957, the last class to graduate from Alpha. He was united in marriage to the love of his life, Lorna Heying on June 11, 1962. Together they raised five children and many of the neighbor kids. Forever a farmer, Cletus learned to milk cows as a young boy and continued in dairy production until 1989. Cletus also drove livestock and feed trucks for numerous years. With his generous heart, he always made time for others to have a chat and beer or two. His determination, sense of humor, stories, and love of life drew people to him at every event. With a twinkle in eyes, he could charm the youngest to the oldest and will forever remain in our hearts.

He will be having a reunion with his parents, brothers John, Cliff, Verne, Jim, and sisters Margaret Diebler, Arlene Vrzak, and Donna Hrdlicka. His oldest daughter Kristie Bouska Foreman, nephew Terry Bouska, and many other loved family members and friends.

The family would like to extend their most sincere thanks to all the healthcare workers and those who cared for him.

As you think fondly of Grandpa Clete, please remember the famous Cletus Quote “I still love you.