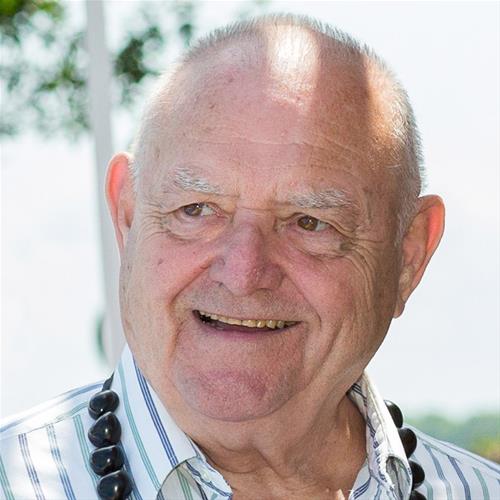 On Monday, September 7, 2020 loving father, grandfather and friend Hardy Sievers passed away following a brief illness at the age of 83.

Hardy led a full life filled with love of family, hard work and adventure. He was born on August 14, 1937 in Hamburg, Germany to parents Hermann Otto and Elisabeth Sievers.   He emigrated from Germany to Chicago in 1954 with his parents and siblings, Klaus, Gunther and Heidi.

Upon arriving in the United States, Hardy immediately joined the US Marine Corp where he served from 1955 to 1959.  Following his service, he became a US citizen in 1960 and shortly thereafter married Sandy Dragisic.  During the time he and Sandy were married, they had two beautiful boys; Tedd and Rick.

After working as a machinist at Donnelly’s in Chicago, Hardy later moved to Springville, Iowa where he became the proprietor of Wendy Oaks from 1969 until it closed ten years later.  While living in Springville, he met Doris Fehlhafer in 1975 who became his new wife in 1979.  She remained the love of his life until her passing in 2007.

During the time Wendy Oaks was operational, it was most famously known as a supper club, holding wedding receptions, dinners, and dances.  Friday night fish fries and Sunday buffet lunches drew crowds from all over Eastern Iowa.  During summers Wendy Oaks was host to AMA District 22 Motocross races sponsored by the Cedar Valley Trail Riders Club.  People from all over would flock to the races, as well as spend weekends camping, swimming and enjoying time with family and friends.  One special group of campers known as “Hardy’s Gypsies” dubbed him “King of the Gypsies”.

Hardy and his family would spend some of their best years at Wendy Oaks.  Despite the hard work running the property, they enjoyed having a houseful of kids every summer, canoe trips down the Wapsipinicon River, riding mini-bikes and snowmobiles, fishing and ice skating.

Following the Wendy Oaks era, Hardy spent over 20 years at Rockwell Goss with Doris working by his side.  They travelled the world together installing printing presses, making new friends and creating new memories. In 1999 when it came time for retirement, the two moved to Cedar Rapids, Iowa where they established their forever home.

No special services will be held at this time; however pictures and memories may be posted on Hardy’s Facebook page at www.facebook.com/hardy.sievers.75.

In lieu of flowers, donations may be directed to the APG Foundation at www.apgfoundation.org.
<< Back to listing
Share this page:
Share This