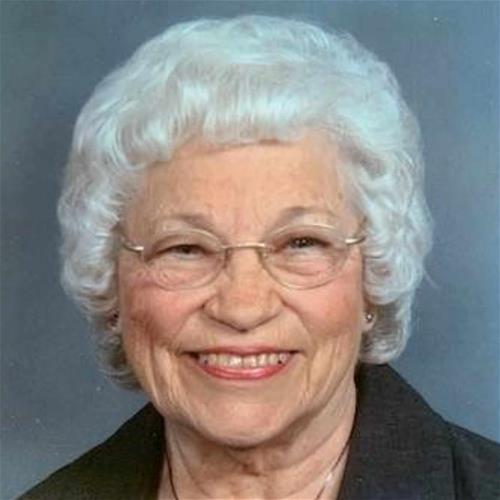 “Somewhere over the rainbow, Skies are Blue”, and Patricia Ann (Starr) Colbert is flying with the angels.

With the grace and dignity that she rightly deserved, Patricia peacefully passed away in her sleep in the early morning of November 15, 2020, at the age of 90.

The first-born child of John and Thelma Starr, Patricia was born on December 6, 1929, in rural Adair County.

Pat attended rural grade school, and she graduated from Menlo High School with the class of 1948.

She married her high school sweetheart, Richard L. Colbert, on September 3, 1949, at the Jefferson Center Methodist Church.  After their marriage, Dick and Pat moved to Des Moines.  Two children, Jeanelle and David, blessed this union.

Pat loved children!  She ran her own in-home daycare for ten years, and she worked at a preschool daycare for sixteen years.

Throughout her life, Pat enjoyed writing.  She wrote in a daily journal, and she was influenced by inspirational quotes.

A Celebration of Life service will be held at a later date and inurnment will be at Rosehill Cemetery in Menlo, Iowa.