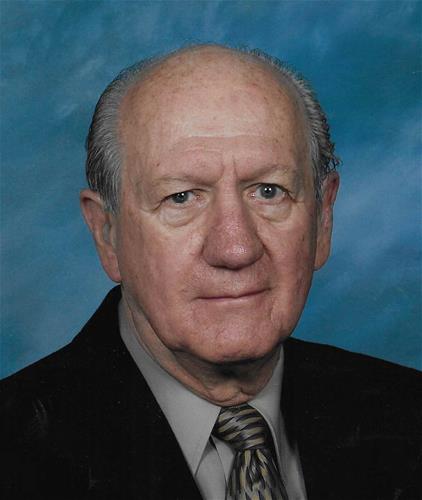 Walter L. Galvin of Des Moines passed away May 20, 2020 from Prostate Cancer. He was surrounded by his beloved family and died peacefully.

Walt was born in Burlington, IA on August 5, 1928 to Walter E. and Gertrude (Rogosia) Galvin. He graduated from Iowa State Teacher's College in 1949. He began his lifelong career in education that Fall when he was hired to teach at Martelle, IA and that is where he met the love of his life, Jean Smith of Chicago, who was also teaching there, while finishing her degree at Cornell College. They were married on May 19, 1951. They moved to Des Moines later that year and Walt taught history at Amos Hiatt Junior High from 1952 - 1963, then went on to teach at Des Moines Tech High from 1963-1976. During that time he received a Masters Degree from Drake University and spent many years teaching night classes there. Also during these years, he served as President of the Des Moines Education Assn. (DMEA) and twice as President of the Iowa State Education Assn. After leaving the classroom, Walt served as the Executive Director of the DMEA for 16 years, before his retirement in 1992.

After retirement, Walt continued to serve. He was the Legislative Chairman of the Iowa Retired School Personnel Association and on the Benefits Advisory Committee of IPERS, He was a lifelong devout Catholic, and served seven years on the school board at St. Theresa's School and also served there as a long time lector and eucharistic minister. In his later years, he was a member of St. Anthony's parish.

He and wife Jean traveled the world on countless overseas trips, especially four memorable ones to Africa, including Mountain Gorilla tracking in Rwanda.

They also did scores of National Park camping trips with there young children, and later with their grandchildren and many with daughter Ellen and husband Rod.

A Celebration of Life will be planned for a later date.