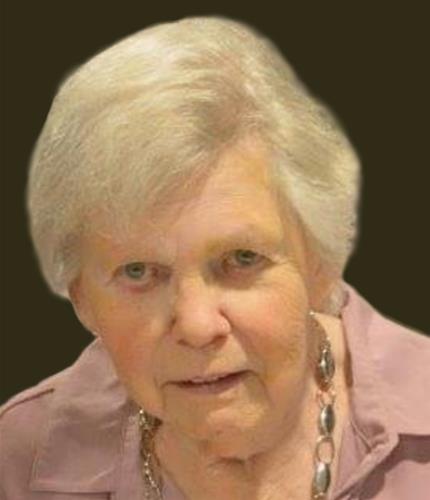 Phyllis was born October 22, 1932 to Frank & Martha (Halverson) Mason in Holabird, South Dakota. She was # twelve of thirteen children who all preceded her in death. The family moved to Highmore in 1939 when she was 6 years old. She started school the same year, graduating in 1950. During high school she played 5 on 5 basketball, the captain of the team a starting guard earning a letter all four years. After graduation she attended National College of Business and later Northern College. She was a schoolteacher in Banner Township for a year. She met and married a cowboy who moved from Iowa to South Dakota, Phyllis and Richard Daleske were married March of 1953. Four children were born to this couple Kenneth, Neil, Jeffrey & Laura. The family moved to Zearing, Iowa in 1966, living in the Zearing and McCallsburg area until 1984. The couple loved to dance and followed their friend Terry Thompson’s band. She was an active bowler in her local town and traveling around the US to the National Tournaments. She was the Junior League Bowling Coach for many years. Phyllis worked at RH Donnelly Marketing, Nevada, IA in the computer dept, later was the Apparel Manager at K-Mart, Ames, Ia. She transferred to K-Mart in Sioux Falls, South Dakota and was promoted to Store Manager in 1984. Retirement brought her back to Iowa to be closer to her kids & grandkids in 1994. She became an active member of the Legion Auxiliary and served as treasurer for several years. Phyllis was a talented seamstress, loved reading and cooking. She made a family cookbook which includes recipes from several family members across many states. She continued to add to her main recipe book over the years and it is now about 5”- 6” thick. She enjoyed sports and loved watching her kids, grandkids and great grandkids play. She watched football with her boys every Sunday and was a fan of the Minnesota Vikings.

We would like to extend a special thank you to the staff at Bethany Life and Mary Greeley Hospice for their dedication, love, compassion and care that Mom received while there.

A celebration of life will be held at a later date with details to follow. Phyllis will rest next to her husband and son at the Highmore City Cemetery, Highmore, South Dakota.

If you wish to send a card or memorial you may direct them to Laura Perisho, PO Box 83, McCallsburg, Iowa 50154.