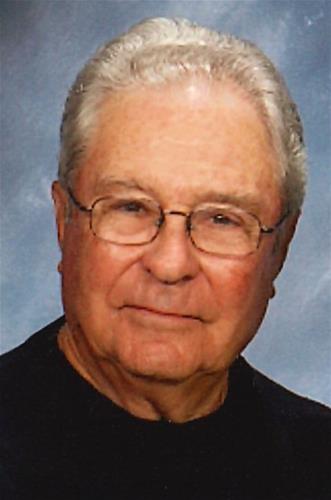 The Hohnbaum family lost their beloved patriarch on Saturday, May 9th when Donald C. Hohnbaum, 89, passed away at Methodist Hospital of complications from Covid-19.

As a boy growing up in Des Moines, Don always looked for ways to earn money. Over the years he delivered newspapers on his bike, shined shoes at the State Fair and later drove an ice cream truck for Reed’s Ice Cream.

He graduated from North High School and in 1953 from Drake Law School. To put himself through law school, he taught himself to play the drums and played in groups at many dance clubs and social gatherings. While at Drake, he was a member of Phi Alpha Delta and Alpha Tau Omega fraternities.

Don served as President of the Polk County Young Attorney’s Assn., Chairman of the Judiciary and Ethics Committees of the Polk County Bar Assn. He was a member of Lawyers Interested in Applied Christianity, Christian Business Men’s Assn., and West Des Moines Optimist Club. He served on the Drake Law School Board of Counselors and was on the Board of Governors and Board of Directors of Living History Farms for several years. He was a member of the Iowa National Guard for 35 years, serving in the Judge Advocate General Corps and retired as Chief of the Selective Service Section with the rank of Brigadier General and earned the Legion of Merit Medal. He was the Polk County Chairman of the March of Dimes during the polio epidemic of 1959 and served on the President’s Council of Special Olympics for several years. Don served over 10 years as a Polk County 4-H leader and on the Polk County Fair Committee.

He and his first wife raised 4 children and Don was very actively involved with them showing horses at fairs, attending many saddle club events, and any of their 4-H activities as the children grew up.

After retiring from law in 1993, he moved to Sun Valley Lake. After his marriage to Lynda, he moved to West Des Moines in 1999. He and Lynda spent many winters in their Florida condo for 23 years as well as traveling abroad,

He was preceded in death by his parents, wife Dorothy, brother Walter, sister Marilyn and infant daughter Ellen.

It was Don’s wish that no funeral service or Celebration of life be held. Memorials may be directed to the Special Olympics of Iowa.