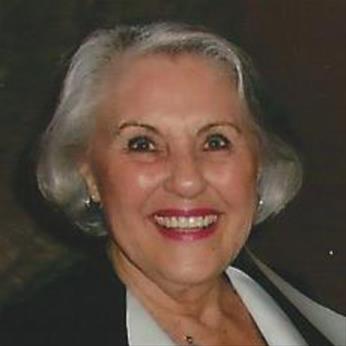 Gloria Elliott, the Grande Dame of our family, passed away on March 8, 2020, in Cedar Rapids, IA.  Born Gloria A. Hensley on March 4, 1931, to Genevieve (Whitten) and Otho Garret Hensley in Granite City, IL., the Hensley family moved to Troy, IL. in 1944, where she attended and graduated from Troy Public Schools.

Gloria married Roy “Daniel” Elliott, Jr. on June 18, 1949.  Dan attended St. Louis University and Washington University,  graduating with a degree in Dentistry and subsequently began his practice in Edwardsville, IL.  They later moved to Edwardsville in 1979 until Dan’s retirement in 1996 when they moved to Hilton Head Island, S.C.

Gloria’s life was filled with family and loved being involved with all of them and their celebrations.  She took great interest in everyone she met and, if you met her, she would quickly learn all about you and would continually inquire after you.  If you met her, please know that to the end she was thinking of you and your family. She was a gracious hostess who enjoyed entertaining family and friends and no one ever left without taking something home with them.

As a naturally curious person and an avid reader, she could engage in conversation on any topic including the sports page.  Gloria extended her interest in people and care for others by serving as a volunteer patient advocate at Barnes-Jewish Hospital in St. Louis, Mo. from 1979 until 1990.

She is survived by her husband of over 70 years, Dan, their three children:  Kae Elliott Schmitt (Steve) of Highland, IL., Gail Elliott Gillig of Edwardsville, IL., and Roy Daniel “Dan”  Elliott, III (Elise) of Cedar Rapids, IA.   She is also survived by 6 grandchildren and 3 great-grandchildren.

Any financial contributions in honor of Gloria may be made to the charity of your own choice.
<< Back to listing
Share this page:
Share This