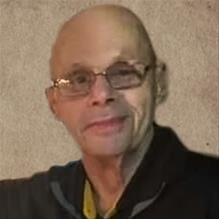 William D Kuker, 78, of Tripoli, died Monday, June 15 at his home, while under the care of Cedar Valley Hospice.

Bill graduated from Tripoli High School in 1959. He got his start in the grocery business at the age of 14, when he became employed with the family owned Tripoli Mercantile. Bill retired from J and C Grocery in Sumner, Iowa in 2017 due to health reasons. He always enjoyed Golfing, camping and bowling and was a lifetime fan of the Chicago Cubs. He was a life time member of Grace Lutheran Church in Tripoli.

Preceded in death by: his parents; two brothers, Douglas and Robert Kuker, and a brother-in-law, Michael Falk.

There will be no funeral services, a private family inurnment will take place on a later date.

Memorials may be directed to the Tripoli Ambulance Service and the Tripoli Public Library.
<< Back to listing
Share this page:
Share This