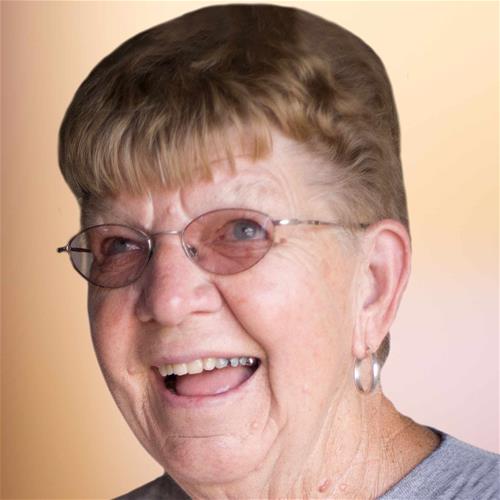 Patricia Ann Freiberg was born May 19, 1934; the daughter of Carl and Josephine (Ryan) Freiberg in Charles City, Iowa.

Pat attended Immaculate conception Schools in Charles City. She met the love of her life while working at the Charles Theater.

Pat was united in marriage to Lyle Bunston on October 1, 1949 in Mason City, IA, in East Park in a double ceremony with best friends Virgil and Shirley Erbe. To this union 5 children were born. Pat and Lyle started out their married lives in Waterloo, Iowa moving to Charles City in 1966 and Humboldt, IA in 1992.

Pat was a proud member of the VFW women’s auxiliary and the Iowa Harness Horse assoc. Pat was an avid reader and a beautiful seamstress. Pat made many of her children's clothes and a lot of their friend’s clothes.  Pat enjoyed playing cards 500 was her game of choice.  She was in many card clubs through the years.  And where there was 500 you could count on cribbage too!

Pat was her children’s biggest sports fan.  She very seldom ever missed a ball game and you can bet she had the big metal jug of ice water for the whole team. Pat was allergic to flowers but would always put flowers in a cup in her house that her grandkids picked.

A private memorial will be held at a later date.
<< Back to listing
Share this page:
Share This