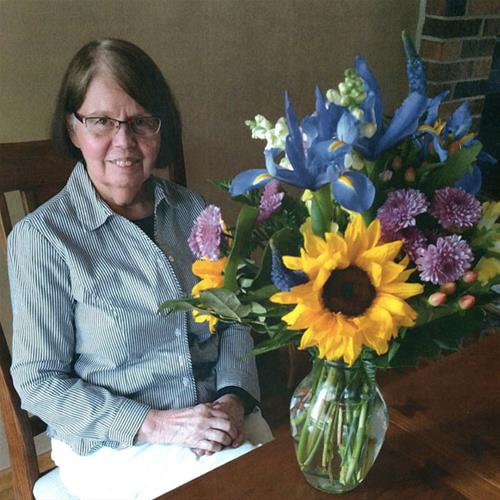 Survivors include her husband Sam, a son Bradley (Jocelen) Hamilton of Iowa City, a daughter Kim (Scott) Douglass of Berlin, Germany; a stepson Christopher (Kelley) McCord of Santa Anna, California; and two brothers Leon Glaspie of Plainfield, and Paul Glaspie of Charles City. She is also survived by two grandchildren Quinn Douglass and Lucille Hamilton. She was preceded in death by her parents and two brothers Richard and Carman Glaspie.

Mary was born on January 30, 1944 in Charles City the daughter of Robert and Helen (Sampson) Glaspie. She married Sam McCord on November 12, 1994 in Cedar Rapids.

Mary was an office manager of New York Life Insurance and retired from there after 35 years of service. She was a member of St. Andrew Lutheran Church and the Alzheimer’s Association.

Mary enjoyed sewing, knitting, singing, playing the piano and was pro at Sudoku. She will forever be remembered as a wonderful and caring wife, mother, grandmother, sister and friend whose memory will be cherished by all who knew and loved her.