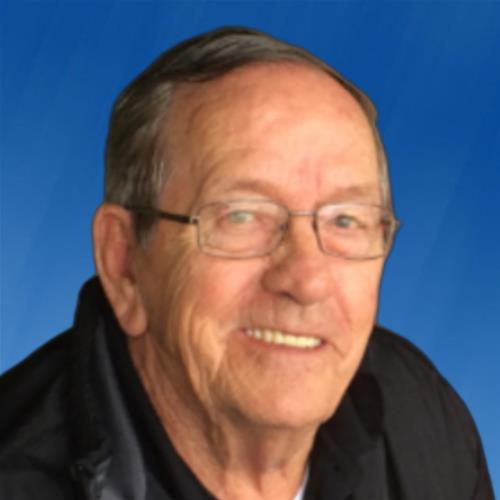 Robert Louis Wedo was born on July 17, 1937 to Charles and Margaret (Sampson) Wedo in Postville, Iowa.  Robert attended Postville Community school and began working at age 11 at the Postville bowling alley.  After school, he started working for the railroad for a year before proudly joining the US Army where he spent most of his time in Panama.  Bob was united in marriage to Audrey Riehle on July 19, 1958 in Decorah, Iowa.  After returning from the service, he began working for Hygrade, where he stayed for 23 years when they closed their doors in 1983.  While at Hygrade he also milked cows for Lyle Zieman for 5 years.  After that he attended Area 1 Technical School for his certification for Plumbing and Heating.  He started working at Postville Good Samaritan following his certification course.  He worked there for 17 years, until his retirement.

He was the little league chauffer, participated in couples bowling, an active member of St. Bridget’s parish, volunteered for the Postville Food Shelf, delivered for Meals-On-Wheels and was recognized as National Employee of the year for the Postville Good Samaritan Center in 1994.

Bob never passed up an opportunity to spend time with family or to attend his children or grandchildren’s school and sporting events.  He enjoyed running along the sidelines while supporting the Pirate’s high school football team.  Bob was always busy building or fixing something (with duct tape and wire).  He kept current on his politics.  He was an avid fan of the Iowa Hawkeyes and the Green Bay Packers.  Bob enjoyed traveling with his wife, Audrey.  He will be forever remembered for always being full of wit and wisecracks, his great sense of humor, always wearing a smile and his unconditional love for his family and friends.

Memorial donations may be directed to the Postville Ambulance and Volunteer Fire Department.
<< Back to listing
Share this page:
Share This