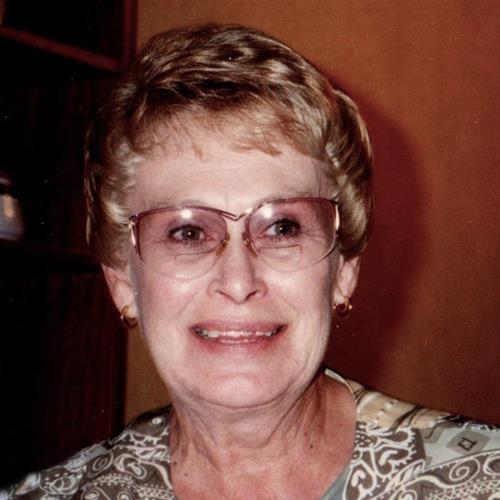 Shari Ann Christensen was born in Humboldt, Iowa on June 8, 1936.  She was the second of three daughters born to Royal Alfred Christensen and Mildred (Askland) Christensen.

Shari began her career as a secretary for Goodyear Tire and Rubber in Des Moines.  She continued working for many years for Good Year in Topeka, Kansas and Goodyear, Arizona.  She then worked for Guaranty National Insurance in Phoenix, Arizona until her retirement.  She was a valued employee and well thought of.

Shari was a spiritual person and read a devotional booklet daily. Shari was an accomplished seamstress, making many gifts for family members.  She made beautiful cross-stitch creations.  Many people have her cross-stitch artistry hanging on their walls.  Up until the pandemic, she enjoyed playing cards with her friends at Thomas Place.  She loved making an assortment of candies at Christmas time.  Beautiful and delicious!  Shari enjoyed books and was an avid reader.  Every morning she did the crossword puzzle in the Des Moines Register. She enjoyed music and was a big Josh Groban fan.  One of her favorite activities was having lunch and shopping with her two sisters and two nieces.  Mini trips to Ames, Pella and Winterset were fun times. She loved watching football and basketball. She was a huge Kansas Jayhawks fan.

Shari was preceded in death by her parents; her sister, Jeanne Baty and brother-in-law Mark Baty.  She is survived by her sister and brother-in-law, Bette and Jack Nichols; nephews Robert Hagins, Jr., Mark Steven Baty, Michael (Anna) Baty; nieces Melinda (Larry) Grubb and Diane Hagins.  Also several great-nieces and great-nephews, many cousins and many friends.

No services are planned at this time.  In the future, a memorial service will be held.

Memorials in honor of Shari may be made to the Waukee Food Pantry or the Des Moines Area Religious Council Food Pantry.
<< Back to listing
Share this page:
Share This