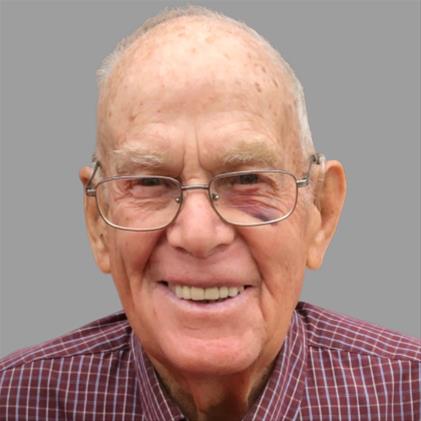 On July 16, 1950, he was united in marriage to Herta Kikuts in Lost Nation.  The couple spent their life farming, fishing, mushrooming, and golfing.  They spent summers on the Mississippi River and wintered in South Texas.

He was preceded in death by his parents; brothers Rex, Dale, and Bill; and sisters Charlene, Maxine, Doris, Ellen, Georg Anne and Mary.

In lieu of flowers, memorials may be made to the Zion American Lutheran Church, or Camp Wyoming.