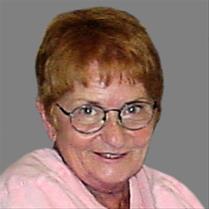 She was born to Elmo and Sophia Hofferber on February 21, 1932 in Hastings, NE.  Jean was the second of six children.  She grew up in Hastings, graduating from Hastings High School in 1949.  A few months later at the age of seventeen, Jean and her high school sweetheart (Ramon Kohl, deceased July 2014) eloped in Iowa.

Jean’s first job was babysitting.  At 14, she worked as a carhop at a local root beer stand; and then as an usher at a movie theater.  After marrying Ray and having her first two children she worked at a nearby Navy Depot; later, staying home to raise three children.  In 1961 the family moved to Iowa living in Marion before buying a home in Cedar Rapids. When the children were teens, Jean began working in sales at Armstrong’s Department Store. Throughout her life Jean enjoyed dancing, gardening, playing bridge and cooking, often trying new recipes.   During retirement Jean played bingo and won often.

A trip with Craig (son) to Arkansas was one of Jeans favorite vacations, where they spent a great deal of time in the outdoors.  Debbie (daughter) and her mom’s favorite time was when they both worked at Armstrong’s which allowed them to often have lunch and breaks together.  Jean and Terrie (daughter) both had a passion of cooking; which led Terrie to start her own culinary business and dedicate a cookbook to her mom.

Donations or gifts can be given in Jean’s name to your favorite charity.