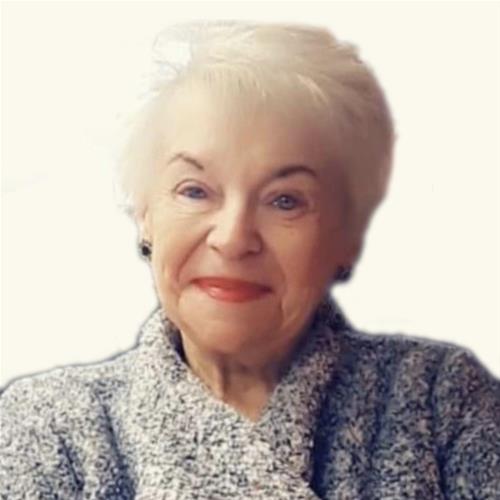 Veronica (Ambroson) Johnson was born April 3, 1938 to Arthur and Lillian Ambroson in Forest City, Iowa. Veronica grew up on a farm west of Leland and attended school in Forest City.

Veronica was united in marriage to Jerry Alfred Johnson on May 28, 1955. To this union they were blessed with 8 children. They made their home on a farm north of Kanawha.

Veronica worked at Triggs Manufacturing in Kanawha for 20 years. In 1991 she opened KJ'S with her daughter Kim. After KJ's closed Veronica enjoyed retired life and wintering in Texas for 16 years.

Veronica was a member of the Kanawha Lutheran Church. She also enjoyed watching and spending time with her grandkids, doing puzzle books, scratch tickets, attending auctions at the local auction house and going out to eat.

Veronica is preceded in death by her parents, grandson Ryan Johnson and her father-in-law and mother in-law Alfred and Nora Johnson.